Father of Wands represents fire, intuition, untainted ambition, and creative drive embodied. He is depicted as a cobra in an upright position, ready to strike at any moment. He protects his wand behind him and a lightning bolt strikes in the sky. Wands symbolize our most primal and creative forces from within. This allows life to burn in creative wildness. The Father of Wands has clear direction. He not only sees his vision, but moves in full power to bring full manifestation to his desires. His life experience has made him confident in each action he pours himself into. He is raw energy and full power.

Father of Wands is not only using his raw fire energy to create for his personal life, but his visions encompass the world around him. This attracts those who naturally gravitate towards his work, visions, and goals. This energy is confirmation affirming that you are moving in a purposeful way that effects not only your own life, but also the world around you. You are expanding into greater joy and unity of Spirit as a collective. The Father of Wands uses his fire and dedicated action to impact change on a broader orbit than his own. Those attracted to the Father of Wands will be drawn to him because he moves fearlessly. As beings witness his bold movements, fear leaves them and they are inspired to step into their own power and rise higher.

Father of Wands shows up when you align with clear direction and high energy in momentum. The Father of Wands reveals that when you trust your vision and power, with your focused attention, you will be successful. You have the power, knowledge, and tools to succeed. Trust and embody the Father of Wands raw fire energy that burns all doubts and fears away. There is a window of opportunity opening now. As you broaden your field, all the inspiration and opportunity will be recognized immediately. Focus unwaveringly in the direction of your inmost being.

The ideas coming to you now are pure inspiration from the Divine.

The Father of Wands is highly determined in the pursuit of his goals. He may become carried away with what he desires to be accomplished.

This calls for a remembrance of all the phases you have experienced until now. As you have moved through the full spectrum of lows and highs, it is important to remember the low times as you progress further on your quest. This is a reminder to be humble and grounded as you move into your creative power. Trust this immense energy coursing through you, as your heart is filled with gratitude. Do not let interference from outside forces stop you from bringing your Soul’s Creations to the world. 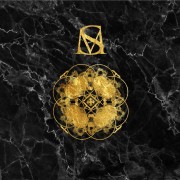 One thought on “Father of Wands, The Wild Unknown Tarot”